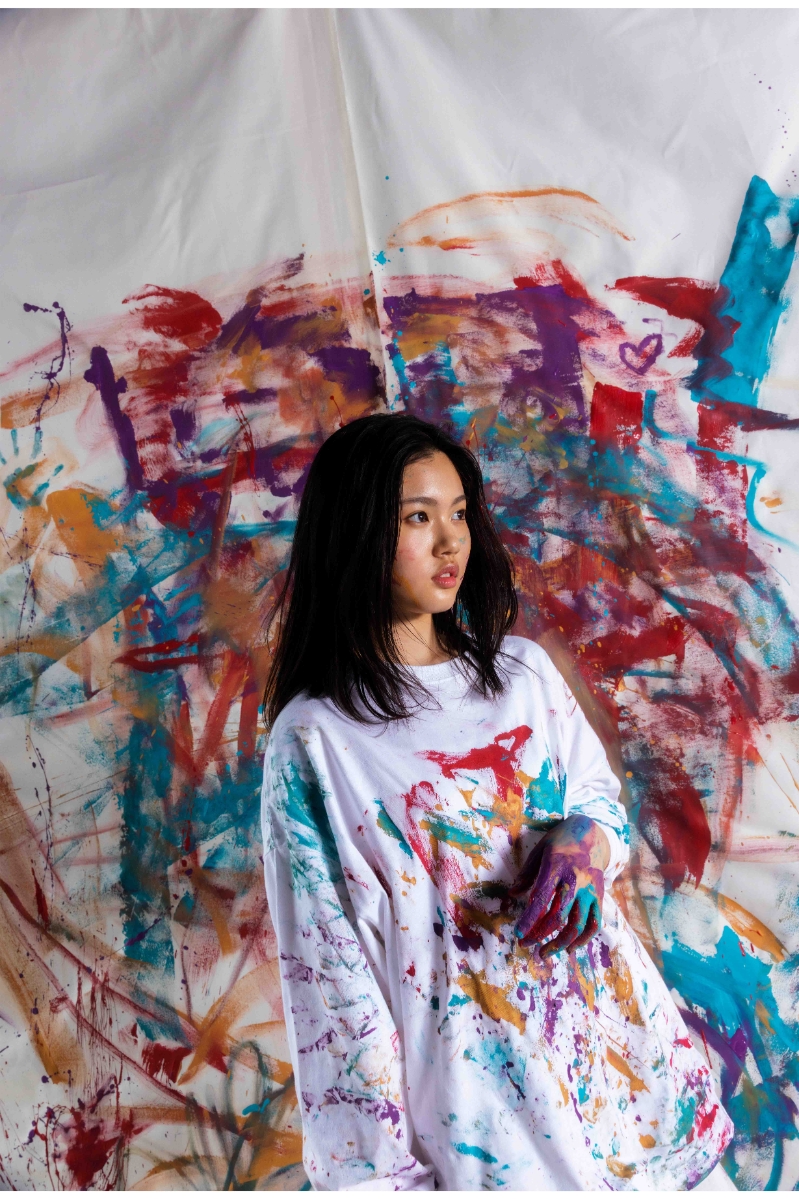 Ao (stylized as “ao”) was just a girl who loved to sing, and her talent was discovered at the first audition she had ever gone to in the final year of primary school.

Following self-distribution of "No Thankyou" in 2020, she made her debut on Victor Entertainment’s Colourful Records in September 2021 with "Tag", followed by "You Too" in November.  All three songs were written by her.

In January 2022, she was selected by Spotify as a "RADAR: Early Noise 2022" artist giving her a seal of approval as one of the most promising new artists of 2022.  In March, before graduating from junior high school, ao released her first EP Look, a collection of songs produced over a four-year period, and in June "Ripple", produced during her spring break before entering high school.

Her latest release is "Change", the theme song for a YouTube original movie Change.  The song was produced by Yaffle (Youki Kojima) who was nominated for “Best Music – Feature” at the 49th Annie Awards for the soundtrack to the animated film Poupelle of Chimney Town.

With lyrics that capture the realities of everyday life with a unique sensibility expressed through ao's one-of-a-kind voice, the music she spins transcends language and generation without being bound by trends, and finds new hope in the music scene of the future.