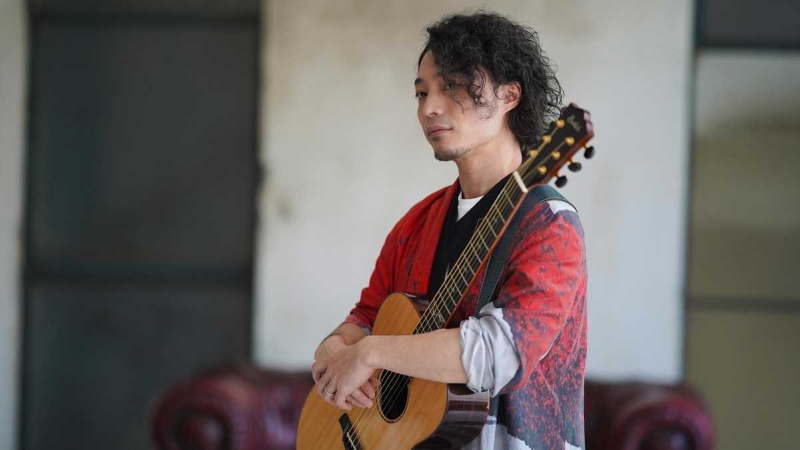 Genre：Acoustick Solo Guiter
Born in Fukuoka, Japan. A top athlete turned guitarist who still holds the Japanese record in weightlifting. After retiring from competition, he moved to Tokyo to pursue his music career in earnest. He entered a music school and studied under Hiroshi Inoue, and was selected as a special student there. After graduation, he participated in "Morris FINGER PICKING DAY" in 2016 and won the Runner-up Prize.
And then, while performing as a support musician, he started uploading videos of his original arrangements of cover songs on YouTube, which received a great response. Within a few years, the total number of views reached 23 million, and the number of subscribers to his channel is about 87,000 (as of October 2022).
The TAB sheet music arranged by Ryuzo has maintained the No.1 sales on digital content store. Since 2018, he has released an album every year, which has been highly acclaimed for its exceptional arrangement and outstanding performance.
In Japan's most famous guitar magazine "Acoustic Guitar Magazine 2022.summer", Ryuzo ranked 2nd in the popular guitarist vote voted by readers on SNS, following Kotaro Oshio in 1st place.