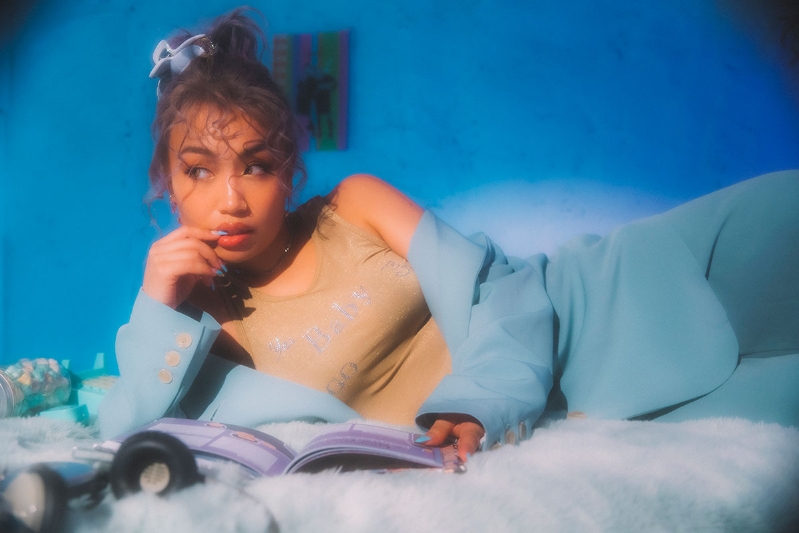 Chris Brown, Omarion, BTS (Bulletproof Youth League), BoA, AI, EXILE, etc., is a dancer artist and choreographer who receives love calls from domestic and international artists themselves. With her uncommonly Japanese groove, overwhelming power, and expressive power, she is known as "QUEENOFSWAG" and continues to attract many fans around the world.

In 2010, at the age of only 19, she was selected as the first Japanese dancer for the audition of back dancers for the "MUSICSTATION Performance" held when Lady Gaga visited Japan. Her aura and skillful performance using heels that rivaled those of overseas dancers became the talk of the town. She has over 430,000 followers on her Instagram account, where she posts about dance, fashion, lifestyle, and parenting. She has been in direct contact with Chris Brown through Instagram, and has posted comments such as "Thisisthefreshestrightnow! (Thisisthefreshestrightnow!)" and posted a dance video of RIEHATA. (Thisisthefreshestrightnow!) He later appeared as a surprise guest at ChrisBrown's performance in the Philippines and performed freestyle with him. After deepening their friendship, Chris Brown himself asked RIEHATA to appear in the music video for "PARTYfeat.Usher&Guccimane" in 2016. In 2016, he appeared in the music video for "PARTYfeat.Usher&Guccimane" as a key person who speaks Japanese at the beginning of the video in addition to the dance scene. After choreographing and appearing in the music video for "Artist," a solo song by Zico, a member of the Korean artist BlockB, he went on to choreograph for Korean artists such as BoA, BTS, TWICE, NCT, and RedVelvet, garnering even more attention. In 2018, he choreographed and performed in CRAZYBOY's "LOCOfeatTHEBACKCOURT," a solo project by ELY, a member of JSB III, in recognition of his catchy and unique choreography and unique expressiveness. In addition, he appeared on the cover of fashion magazine "SHEL'TTERMOOK#48" with EXILE Takanori Iwata, and the RIEHATA×-MOUSSYSTUDIOWEAR collaboration apparel he wore on the cover became a hot topic, with many items selling out immediately.

In 2019, she will be appointed as a Nike global model and will serve as a Nike ambassador. In December of the same year, his first book, "RED," produced entirely by himself, was released and became such a hot topic that it was reprinted due to the rush of orders.
In 2021, she published her first essay, "The Life Survival Techniques That Changed the World with Dance: Gyakkai Motobe QUEEN," which was reprinted even before it was released.
The book was also broadcast on TBS's "Jounetsu Tairiku" (Passion Continent), which was a huge hit upon its airing.
RIEHATA was selected for inclusion in the 2021 edition of Newsweek Japan's 100 Most Admired Japanese People in the World, along with Shohei Ohtani and Naomi Osaka as "outstanding talents who transcend national borders to move the world.

RIEHATA, who is always pursuing the "cutting edge" and improving every day, is expected to continue his energetic activities from all over the world.