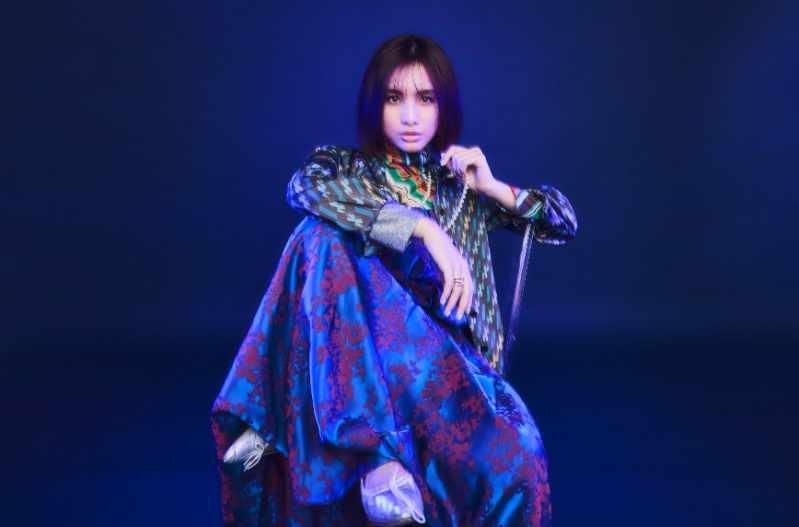 Beverly has won many competitions at music festivals in the U.S. and the Philippines. She is a talented world-class singer with a high pitch voice that Japan has yet to experience. She was discovered when the music producer for artists including MISIA, AI and Miliyah Kato happened to listen to her demo tape, which landed her a major debut in Japan. She released her debut album “AWESOME” on May 31, 2017. Shun Oguri, who was captivated by Beverly’s outstanding live performance, introduced her to the producer of the TV drama in which he was starring. That led to “I need your love” and “Empty” from her debut album “AWESOME” being used as the opening theme and featured song respectively for the KTV and Fuji TV television drama “CRISIS.” The music video for “I need your love” has been viewed more than 6.3 million times. It hit #1 on music download platforms including iTunes, and she was named both the #1 new artist of 2017 according to Recochoku Ranking 2017 and was named a "BEST5 NEW ARTIST" at the 32nd Japan Gold Disc Awards. Her second album "24" was released on June 20, 2018 – her 24th birthday. The album contains a variety of amazing tracks. The song "A New Day" is being used as the theme song for the nationwide Fuji TV drama “Kuragehime." "Be The One" is a track featuring vocals by PANDORA, the duo team of Tetsuya Komuro and Daisuke Asakura, and is being used as the theme song for "Kamen Rider Build." The song "LOVE THERAPY" is also being used as the campaign song for Sokenbicha 2018. She opened for Ariana Grande's “Dangerous Woman Tour” in Makuhari Messe on August 10, 2017. In November 2017, she performed masterfully at the ASEAN 50th anniversary dinner in Manila, Philippines, her homeland, in front of 1,500 government officials from 21 countries including President Duterte of the Philippines, President Trump of the U.S. and Prime Minister Abe of Japan. Moreover, she was selected as one of the artists for “YouTube Music Sessions,” a project that supports artists whose future successes are greatly anticipated. Her third album "INFINITY," released on December 4, 2019, contains a disco tune "Tootoi" written by Okazaki Taiiku, "Everlasting Sky" the main theme song for Gekijouban Kamen Rider Build Be The One, "Again" which is the ending theme song for the first half of the anime series Fruits Basket, "Endless Harmony feat.LOREN" which is the ending theme song for the first half of the final season of the anime series FAIRY TAIL, along with the song "Adventure," the theme song for the new chapter on the smartphone game Tails Of Asteria. Beverly is the new generation diva with the most momentum right now, attracting attention from Japan and around the world. In 2020, her song "Signal" was used as the song for the Siren Sakusen section of the game Azur Rain. This mid-tempo ballad describes the adventurous world of heroes as they voyage across the sea. She sang both a Japanese and English version, and both were released simultaneously. Taiiku Okazaki wrote the theme songs for the film "Pokémon the Movie: Secrets of the Jungle," which came out on December 25, and Beverly was in charge of singing the opening theme song "Koko." An English version of "Koko" was later made, which Beverly helped write the lyrics for, and the track was released on March 17. In 2022, Her 4th album "form JPN," released on June 17. This Album that delivers songs from Japan with a masterpiece singing performance that is not limited to high tones In addition to recording the new song "One Vision" written Tetsuya Komuro and written by Beverly for the first time on this album, Many Japanese ver. Of the latest songs are included! And in August, he participated as a guest vocalist in a dinner show by YOSHIKI of X JAPAN, and his singing ability is loved by many creators.