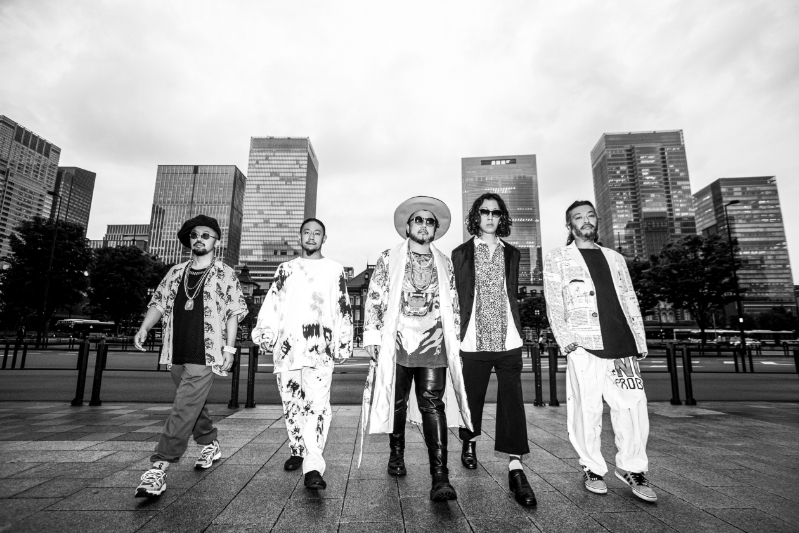 At its core, the group is about giving pulsating live performances.  SOIL & "PIMP" SESSIONS combine the highest musicianship with the coolest of cool sounds and atmosphere.  Their brand of jazz is rough around the edges, unadulterated entertainment and constantly kept at boiling point.

Each member brings his own unique talent and perspective.  They originally met at a club event in Tokyo in 2001.  The Tokyo club scene was dominated by DJs until SOIL & "PIMP" SESSIONS arrived, breaking the mold as live pioneers.  Calling their music "DEATH JAZZ", they gained recognition for performing an original form of aggressive alternative jazz.  The band comments, “We always felt that in the world of jazz, there was an unwritten rule that the musicians were to concentrate on their techniques and the audience were simply there to admire, like a transmitter/receiver relationship.  We wanted to break away from that and create exciting jazz with far more interaction between the players and the audience”.  Shacho, who holds a rather unusual title in a jazz band as “the agitator”, plays a key role in this by stirring and stimulating the audience.

It did not take long for SOIL & "PIMP" SESSIONS to become one of the hottest new bands in Japan and becoming favorites of major festivals including Fuji Rock Festival.  Their international breakthrough came when Gilles Peterson, the renowned British DJ, introduced them through his Radio 1 show "WorldWide”.  In the summer of 2005, by invitation from Giles, the band traveled to the UK to perform on his program.  The name spread further via the international jazz network and at the BBC World Wide Award later that year, SOIL & "PIMP" SESSIONS was awarded with the "John Peel Play More Jazz Award".

The band's album Pimp Master was released in 2006 through Compost in Europe and Brownswood Recordings in the UK.  The band played at Glastonbury Festival in June 2007 to coincide with the release of their Pimpoint album in Europe and the UK.  They came back to Europe in the fall of 2007, appeared on BBC’s popular music program “Later… with Jools Holland”, and played with Jamie Cullum for BBC’s Electric Prom show.

Lost In Tokyo, released in June 2022, is the latest album from SOIL & ”PIMP” SESSIONS, which was followed by a new single “Hatsukoi no Akuma”, written for a TV drama of the same name broadcast this summer.