In addition, the TIMM Business Seminar for international delegates will also be uploaded to TIMM's YouTube channel. This year's seminar – titled "Diggin’ Japanese Popular Music" – will be moderated by BBC radio broadcaster and producer Nick Luscombe with guest speakers from L.A., London, and Paris. 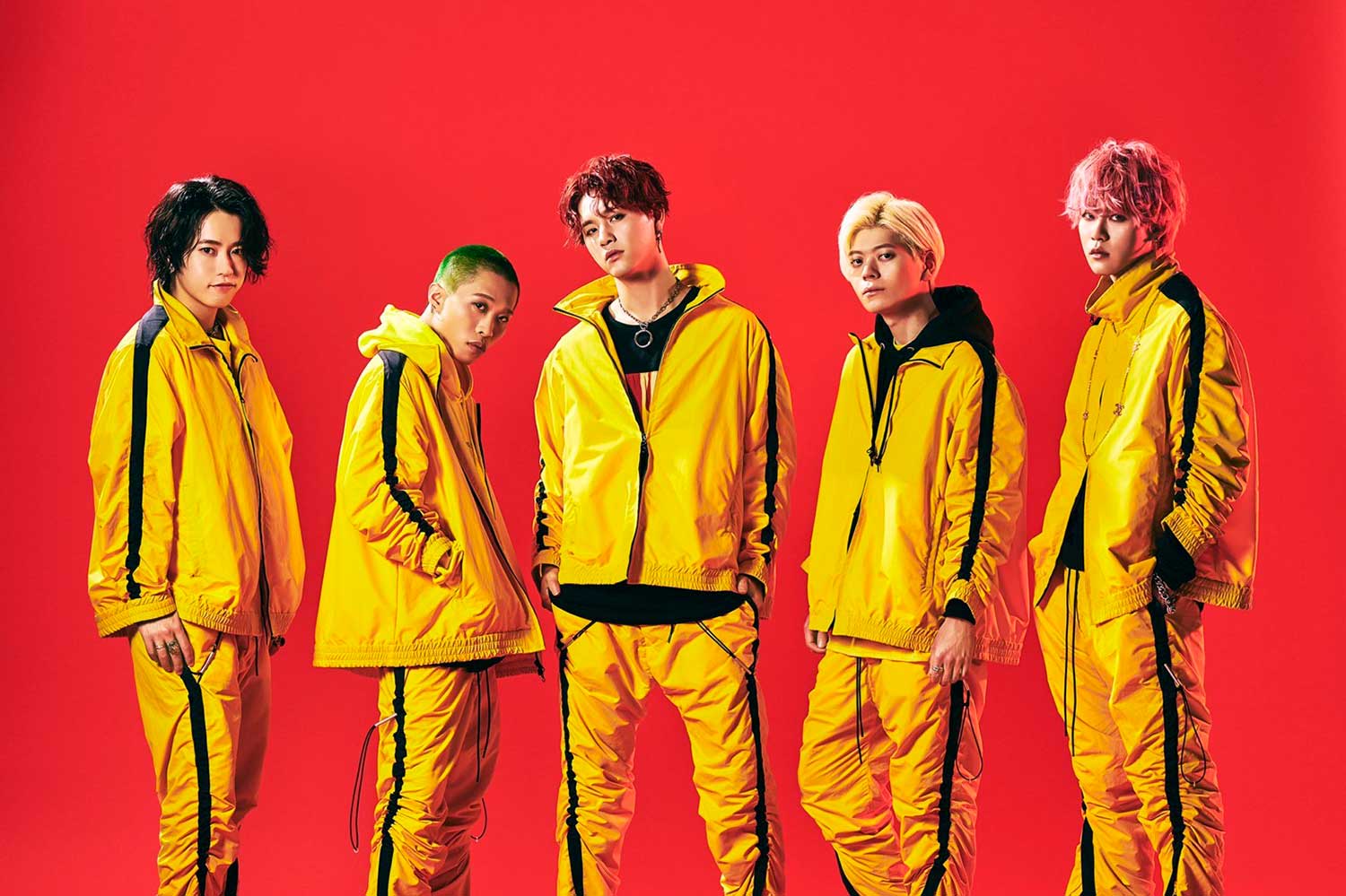 MADKID, a five-member dance & vocal unit consisting of 2 rappers and 3 vocals, was formed in 2014. "RISE" released in 2019, the opening song of TV anime "The Rising of the Shield Hero" has been a big hit around the world. MADKID'S one and only performance created by their stunning rapping and powerful vocals is their most attractive feature.
Website
YouTube 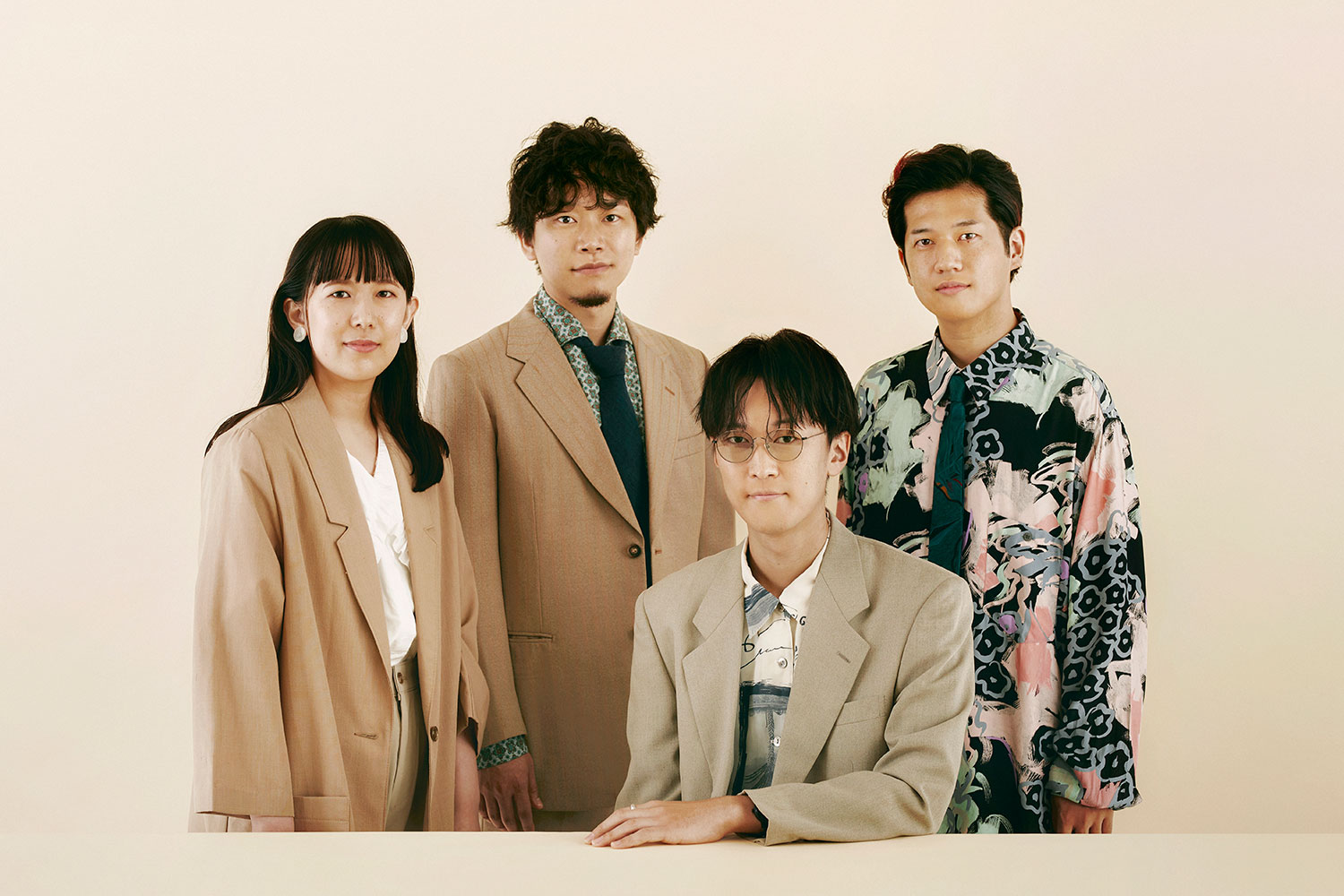 Their music has feeling of scenery and nostalgia, and vocals of Sho Kurashina is said to be one & only. In addition, their lyrics, written by Kurashina and Enmoto, have each individuality.

Inspired by new music (especially by Tulip, Eiichi Ohtaki and Kazumasa Oda, Yumi Matsutoya, Tatsuro Yamashita, etc.), their evergreen music has fascinated many listeners of all ages and generations.

In recent years, their music is used as all soundtracks of a drama of the theater group Caramel Box, and the theme songs for the JFN series radio program "OH! HAPPY MORNING". They have successfully sold out many one-man lives in hall-scale places in Japan.

In 2020, celebrating the 10th anniversary of the formation, they released new songs for 6 consecutive months. These songs have been picked up to the official Spotify playlist "New Music Wednesday", "CityPop/Japanese AOR", and the J-POP playlist "J-POP Shinkansen" which is created by the Taiwanese song selection team. They are expanding their good music and activities from Japan to Asia and overseas.
Website
YouTube 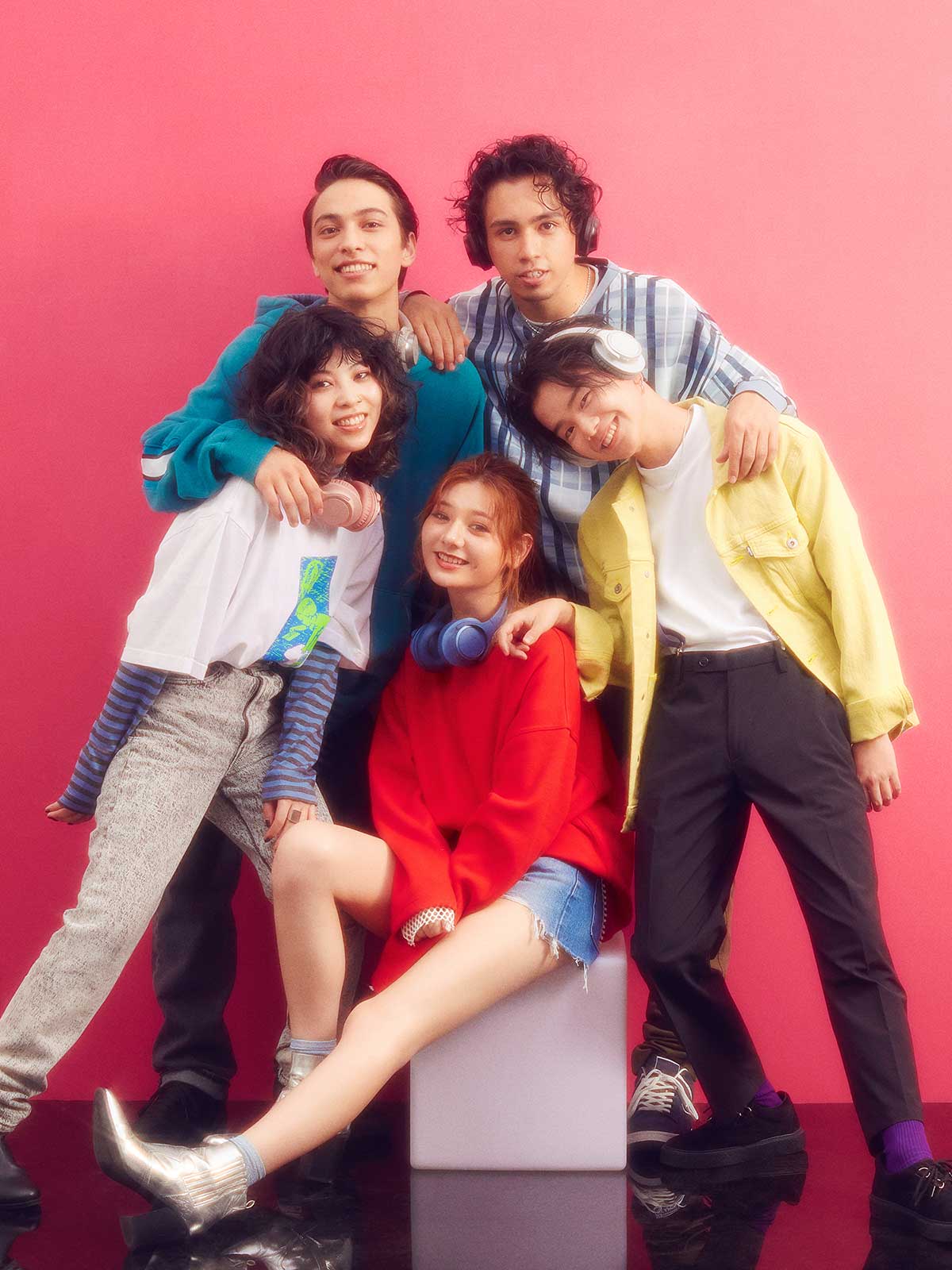 We are a Gang of Pop! A 5-pieced mixed-gender band from Ina City, Nagano prefecture, with an average age of 20. In 2015, the members who at the time went to different high schools got together at INA GRAMHOUSE.

The band consists of 2 pure Japanese and 3 half-Japanese, half-Americans.

The pure and natural sounding timbre of Akari (Vocals)’s voice is a sweet treat for your ears.

The quintet was selected as one of the finalists out of 3199 contestants at “Mikakunin Ongaku Festival”; a teenage battle of the bands, in 2017 when they were still in the midst of their high school days. The band also opened for the “Rock Princess” Chrissy Costanza’s, Against The Current in December 2018, during their Tokyo leg of the world tour.

Single from the 1st full length album “Capture it” released in January 2020, was featured on an amazing 71 Radio/TV stations nationwide, and marked second most aired music in the first half of 2020.

Yes, they may appear all cutesy and mischievous, but once they hit the stage, they set it off like no others. Western music, Japanese Music, Nationality, Gender, through the borders, from Japan to the World! Keep your eyes on FAITH, a true Gang of Pop like they came straight out of a teen drama!
Website
YouTube 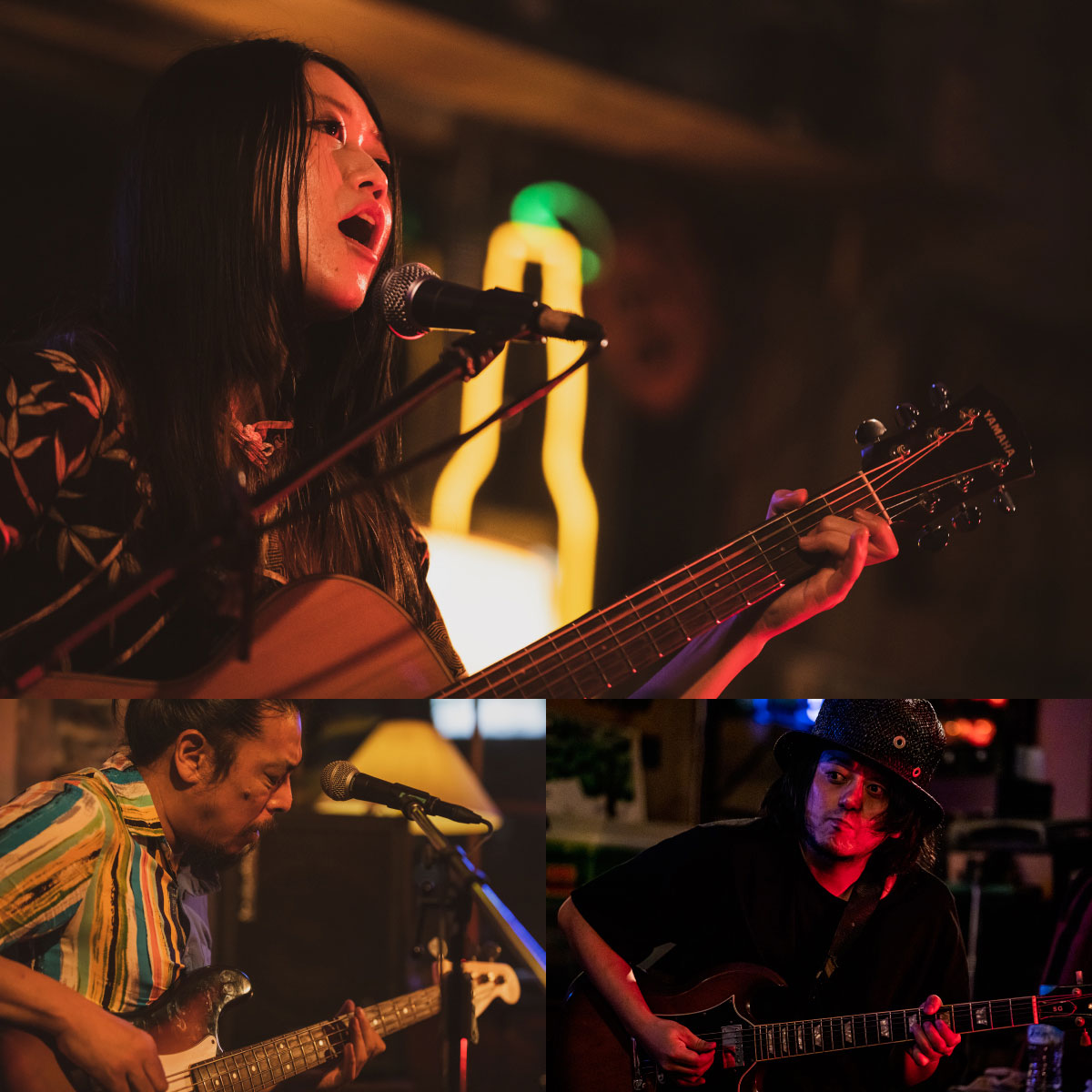 Yorie has been blowing up in the Kobe and Osaka scene over the last two years, based on the power of her live performances. Her music is a mix of urban folk and soul, with a raw, emotional edge. Japanese critics describe her music as “so violent, hopeless, and extremely kind. You can't imagine it’s coming from a singer with such a cute almost comical appearance.” She recently toured Korea and Taiwan, including Seoul’s Zandari Festa. In November 2019, she will release her first EP, accompanied by an Asia tour, performing as a three-piece, backed by a minimalist rhythm section of bass and guitar.
Website
YouTube

FOUR GET ME A NOTS 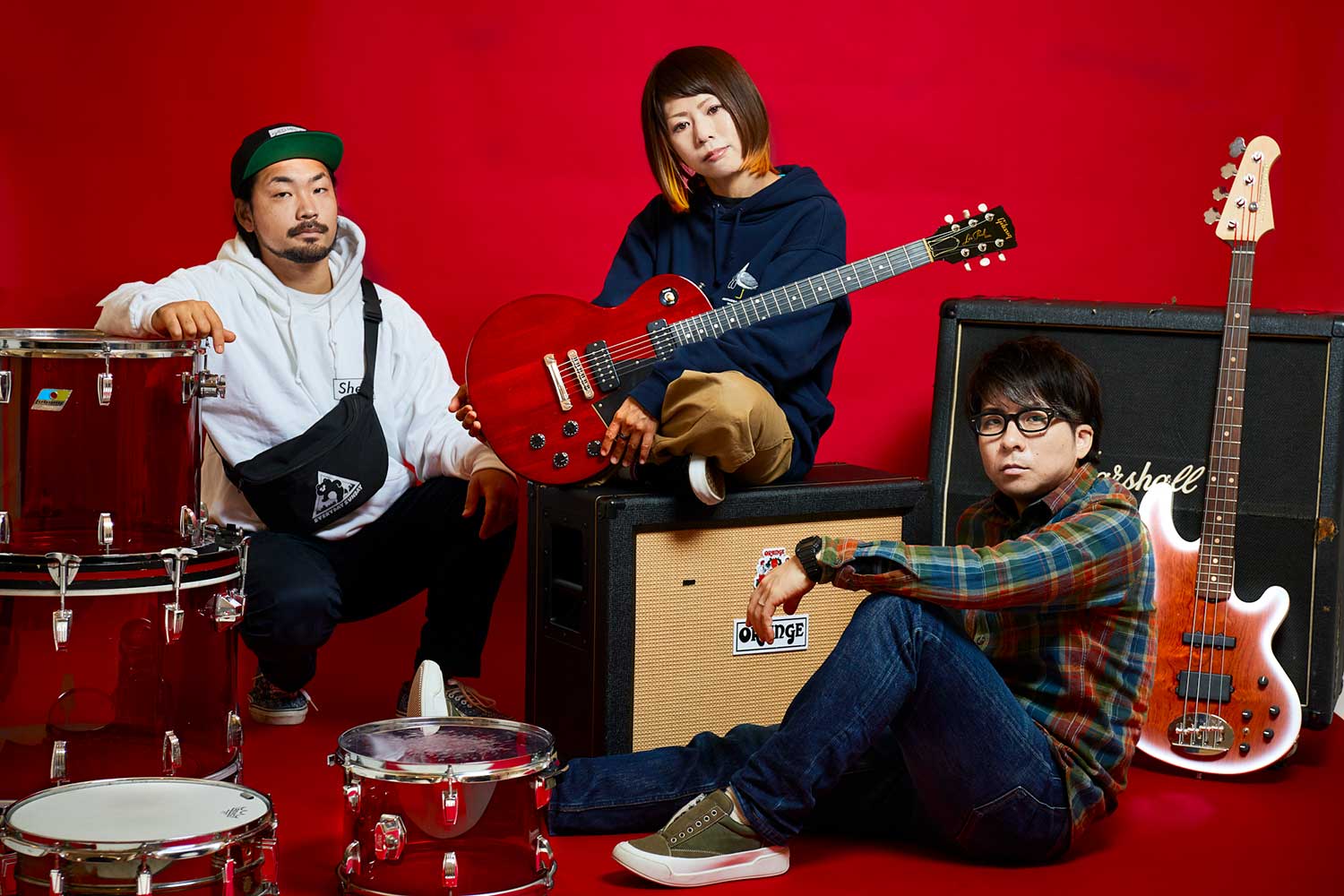 FOUR GET ME A NOTS, a popular band of Japanese melodic punk rock represented by Hi-STANDARD.
After releasing the sound source in indies, they made their major debut in Japan with the 2011 single "HEROINE".  After appearing at large outdoor festivals in Japan such as ROCK IN JAPAN and SUMMER SONIC, they released the band's first best album in 2015.  Since then, they have been energetically performing live and established popularity as a live band in Japan.  Released the 6th album "KEEP THE FLAME" in March 2020.

The overwhelming live performance that sets it apart from the hundreds of bands with female vocalist. It features exquisitely intertwined voices of male and female of Ishitsubo (Vo./Ba.) And Takahashi (Vo./Gt.) so as the powerful chorus of Abe (Dr. Vo.).  Experienced live performances in Taiwan, South Korea, Indonesia and China in the past.
Website
YouTube 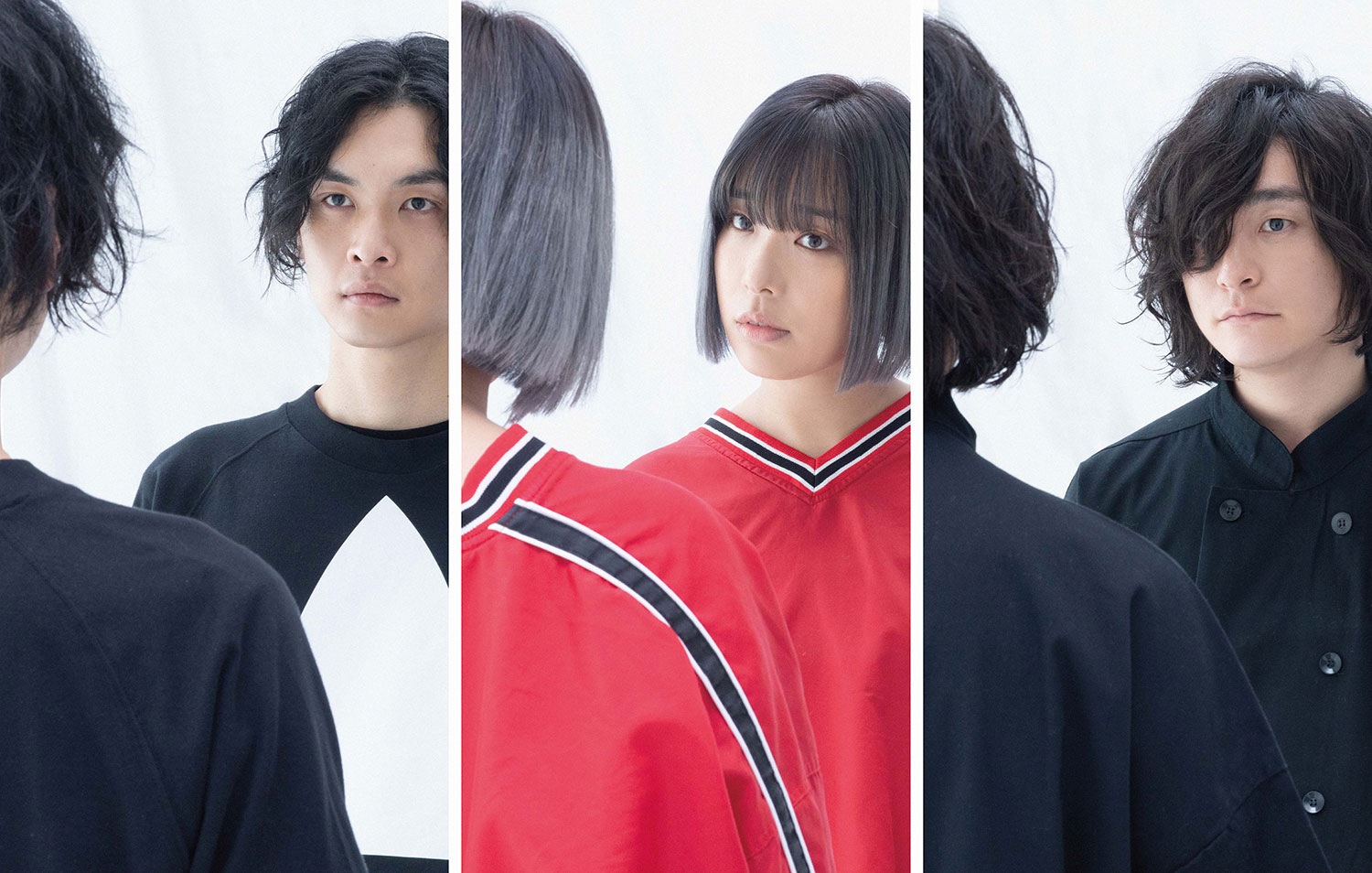 It all began in 2016. The power in their lyrics “you’re perfect just as you are” speaks to the feelings of a conflicted generation, in a world where people constantly compare themselves to one another.

While treasuring the privilege of playing music for all, their global sound has gained attention from the media, and even in this era of subscription services, new fans outside of Japan have begun to sit up and take notice.
Website
YouTube 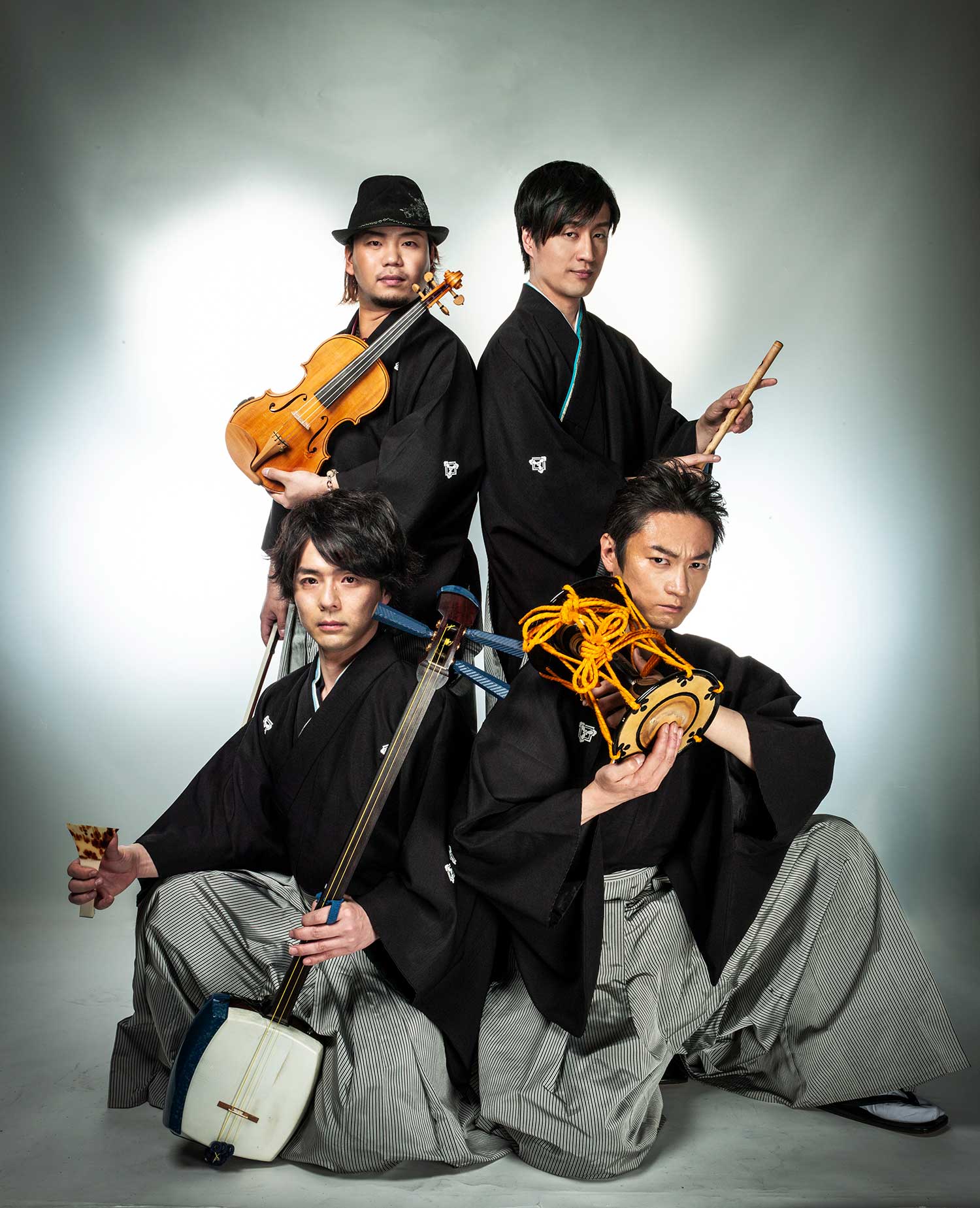 Four samurai who gathered with a strong belief.

All the members are one of the best players in Japan, and after various careers, I have a strong desire to "I want more people to listen to the traditional instruments I love. I want to send them to the outside." With determination, he formed the Ryoma Quartet.

It expresses a new form of oriental sound that incorporates modern music such as rock, funk, and electro while being based on classical music.

Its uniqueness transcends scenes and genres. Major debut from Pony Canyon in 2016. Released two albums and one single.

Spain "Japan Spain 400th anniversary" 3 city tour, Thailand "JAPAN EXPO THAILAND" (theme song is also in charge), Brunei, in addition to performances by such as NY, from 2020 corona infection control, "JAPAN EXPO MALAYSIA 2020", he has been receiving a great deal of support from all over the world, with constant offers both in Japan and abroad, such as participating in festivals and events hosted by the Bulgarian embassy online.
Website
YouTube 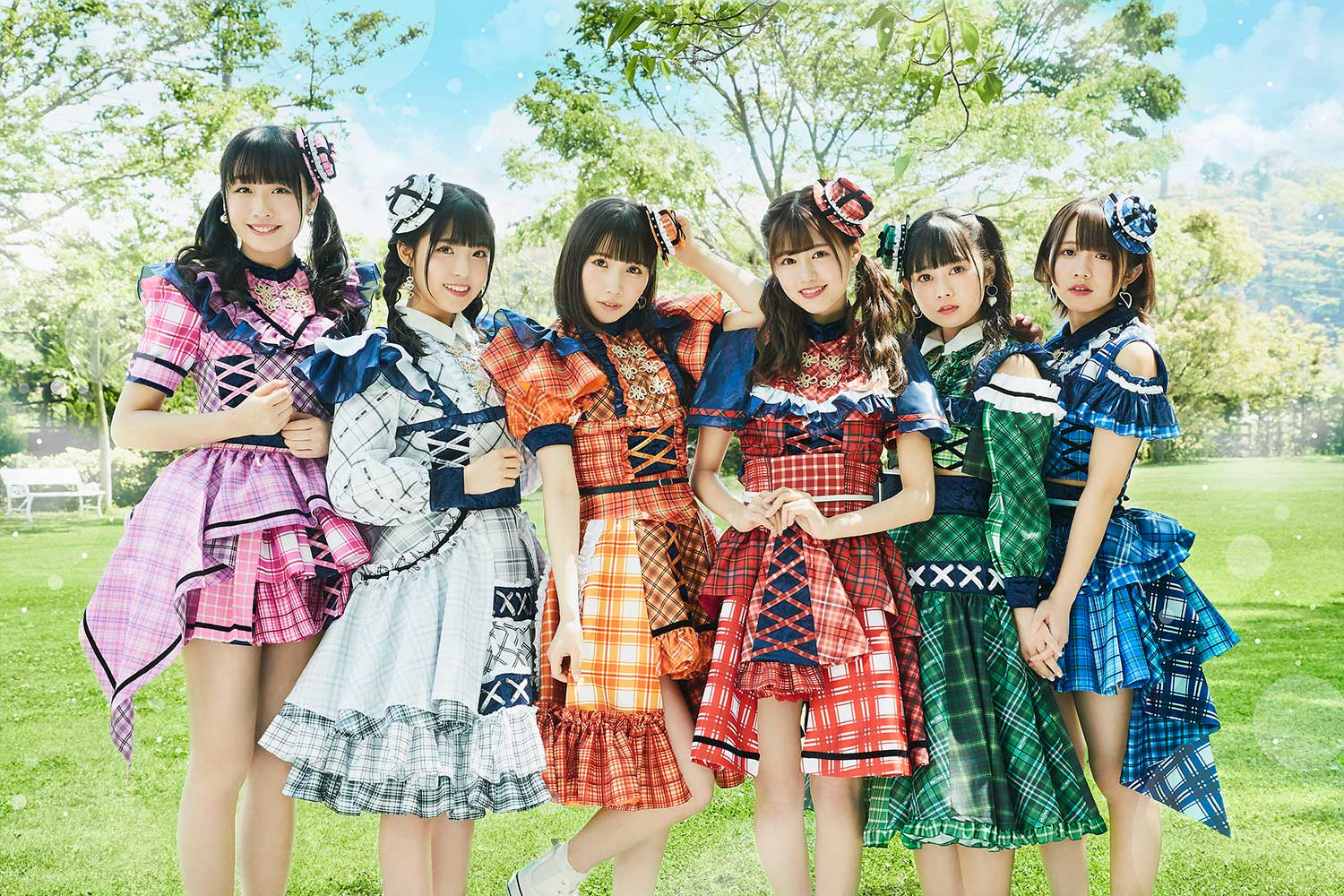 The festival-themed idol group that aims to make Japan energetic.
The name is a coined word that combines festival, positive, and active.
Hosting live performances that are always full-spirited to energize Japan, with a focus on Tokyo!
Website
YouTube 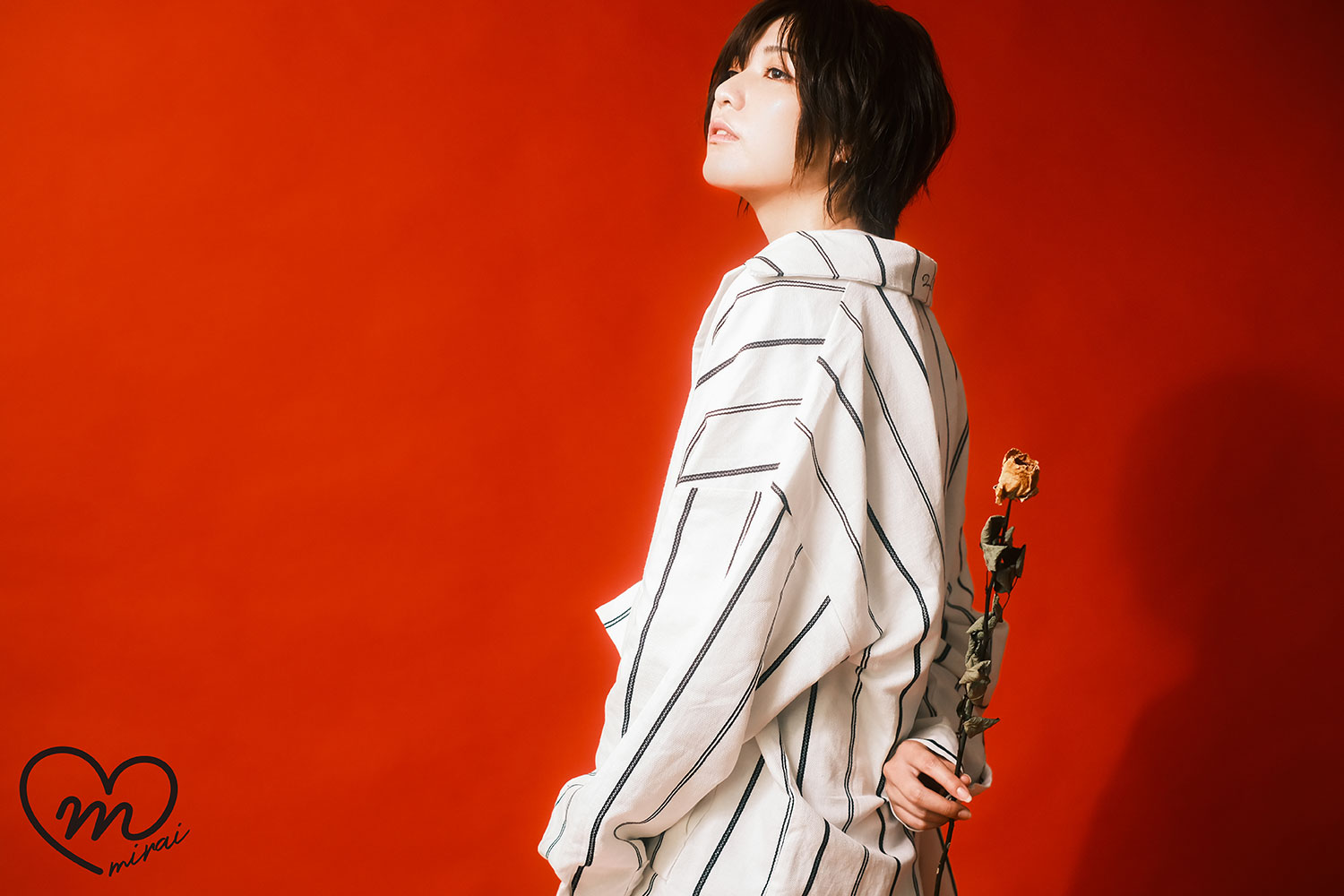 Born June 6 Gemini Type A Born in Tokyo
In March 2015, she made her major debut as the main vocalist of "IKEMEN" female idol group.
At the same time, solo activities started. 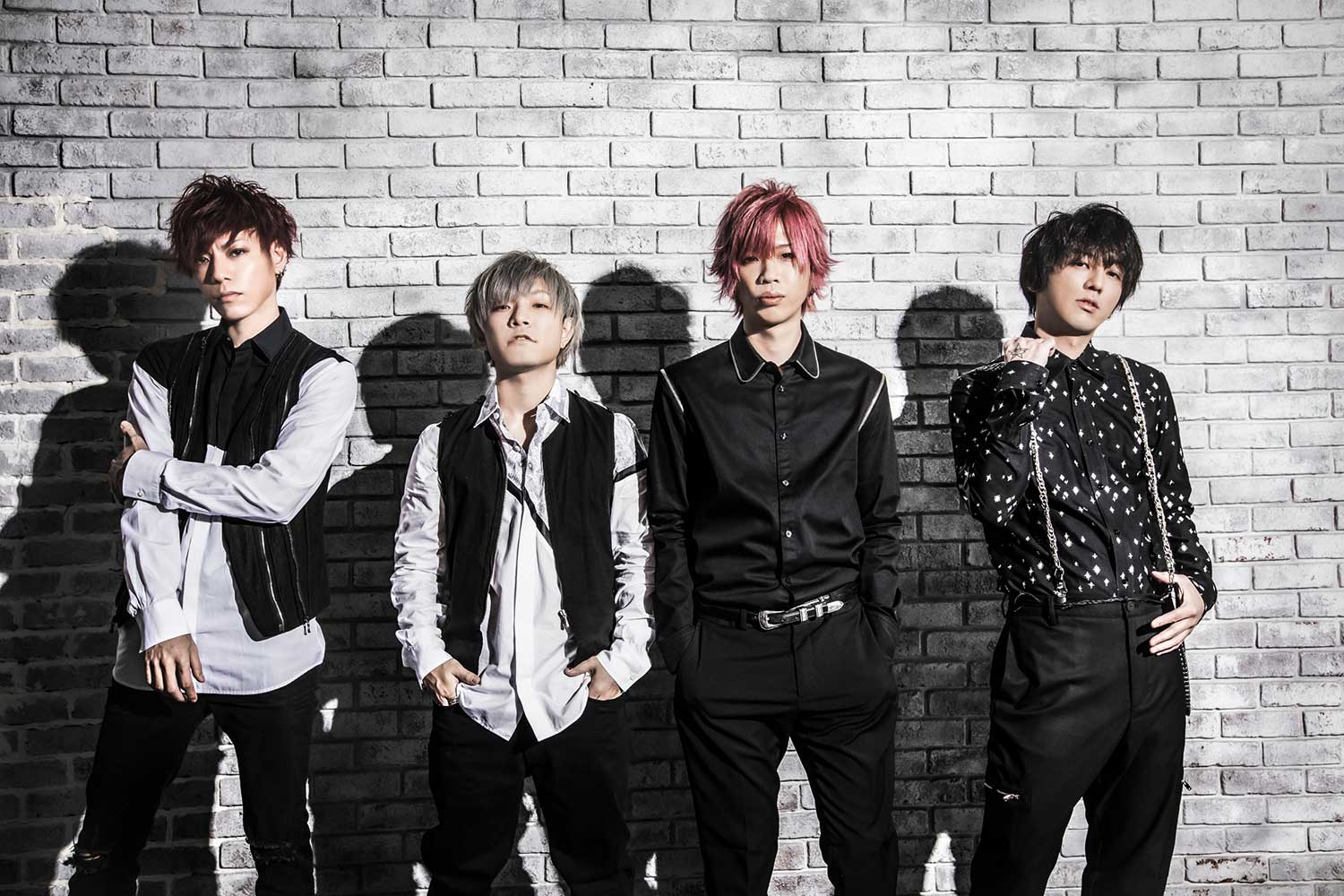 A dance unit consisting of 4 persons in charge of backup dancing of Hironobu Kageyama, Masaaki Endo, Gero, etc.
A video of their dancing uploaded to a video site "niconico" has achieved a number of views by more than 50 million in total!

They are enjoying wild popularity to the extent that their videos are ranked top among others every time they are uploaded. Recently, they have taken the first step as a HIPHOP dance vocal unit by uploading their original work MV to YouTube.

Through their individual activities, on the other hand, the members have expanded their activities respectively in various fields, such as designer, DJ and radio personality, not to mention dance choreographer.
Website
YouTube 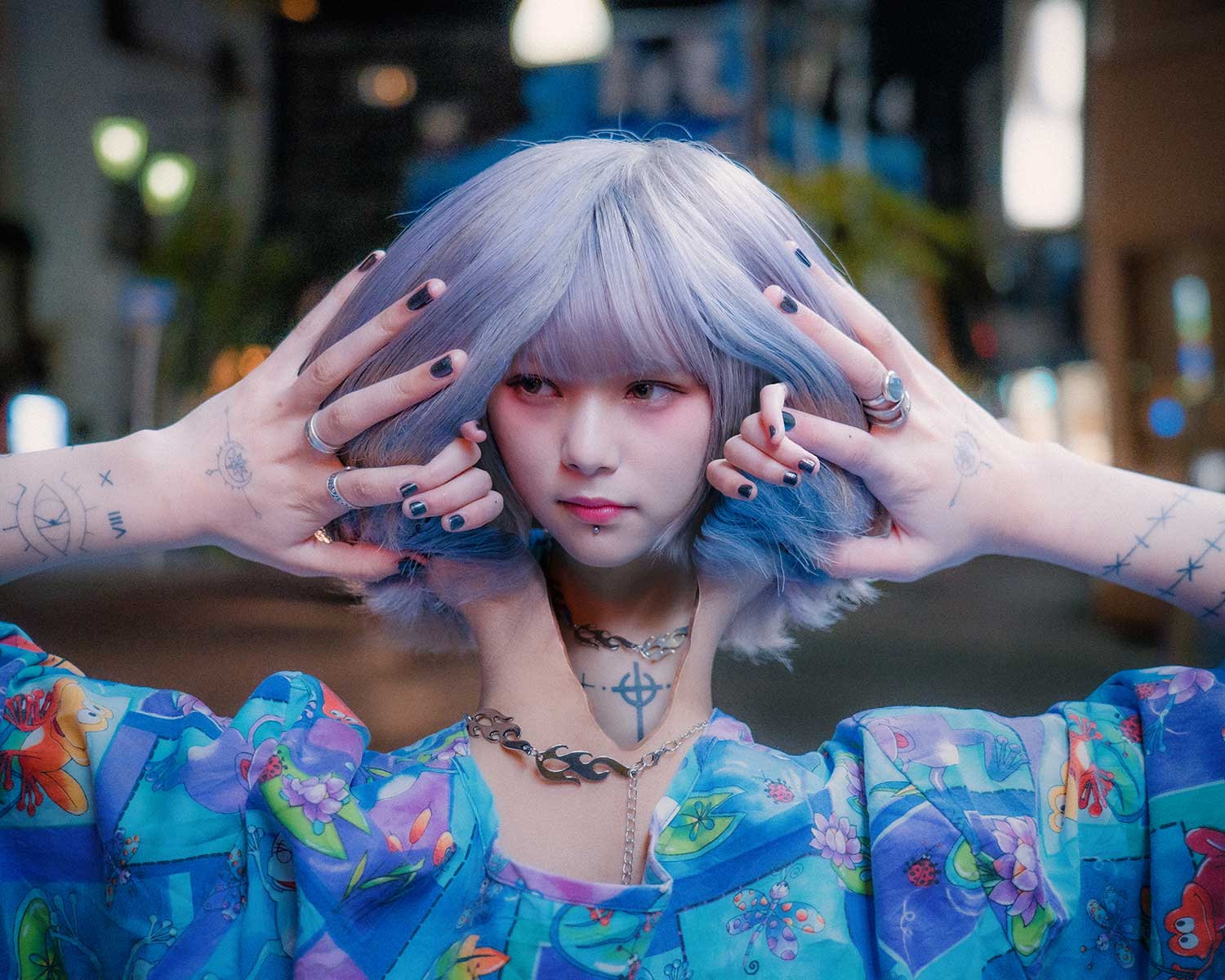 A next-generation artist who can single-handedly handle writing lyrics, composing songs, and even arranging.

Debuted with "I am stupid." in March 2018.
Released "Moldy" featuring Hashishi from Denpa Girl in August 2018.

Changed the spelling from "Asaki" to "4s4ki" and established the private label "SAD15mg" in March 2019. 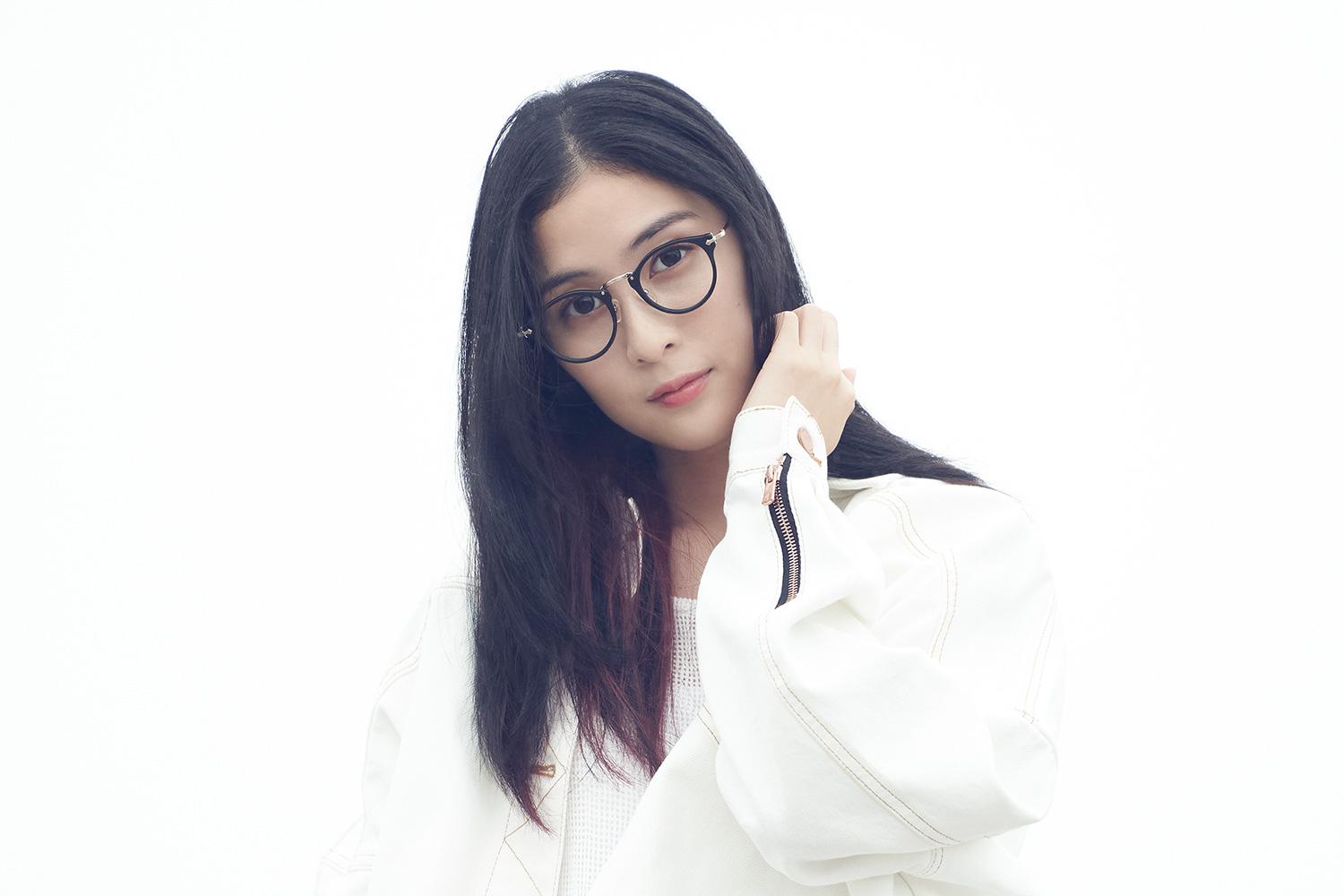 A Thailand Youtuber who will debut from Lantis in November 2020.
From her childhood, she was started to watch anime which influenced by her father and loved to sing, so she gradually learned the theme song of anime and started to sing.

After becoming a university student, she started her career as a YouTuber focusing on animation song cover videos, aiming to become an animation song singer in earnest. She quickly reached 100,000 subscribers to her YouTube channel and won the Silver Creator Award, and currently the number of subscribers is 850,000. Her videos have been viewed 54 million times and have attracted attention not only in Thailand, but also in Japan, Indonesia, Taiwan, and the United States.

She has performed at many convention events in Thailand, Indonesia, Taiwan, Singapore and other countries, and in 2020, she will participate in popular creator rerulili's 10th Anniversary Original & Best ALBUM "Shamashashishin ni Kashireru". She has sung alongside famous members such as Emi Ogata, nero, Kanako Takatsuki and Ryokitaro Ito.

In November 2020, she made her debut as an artist from Lantis with the ending theme song "BLUE ROSE knows" of the TV anime "By the Grace of the Gods".
Website
YouTube 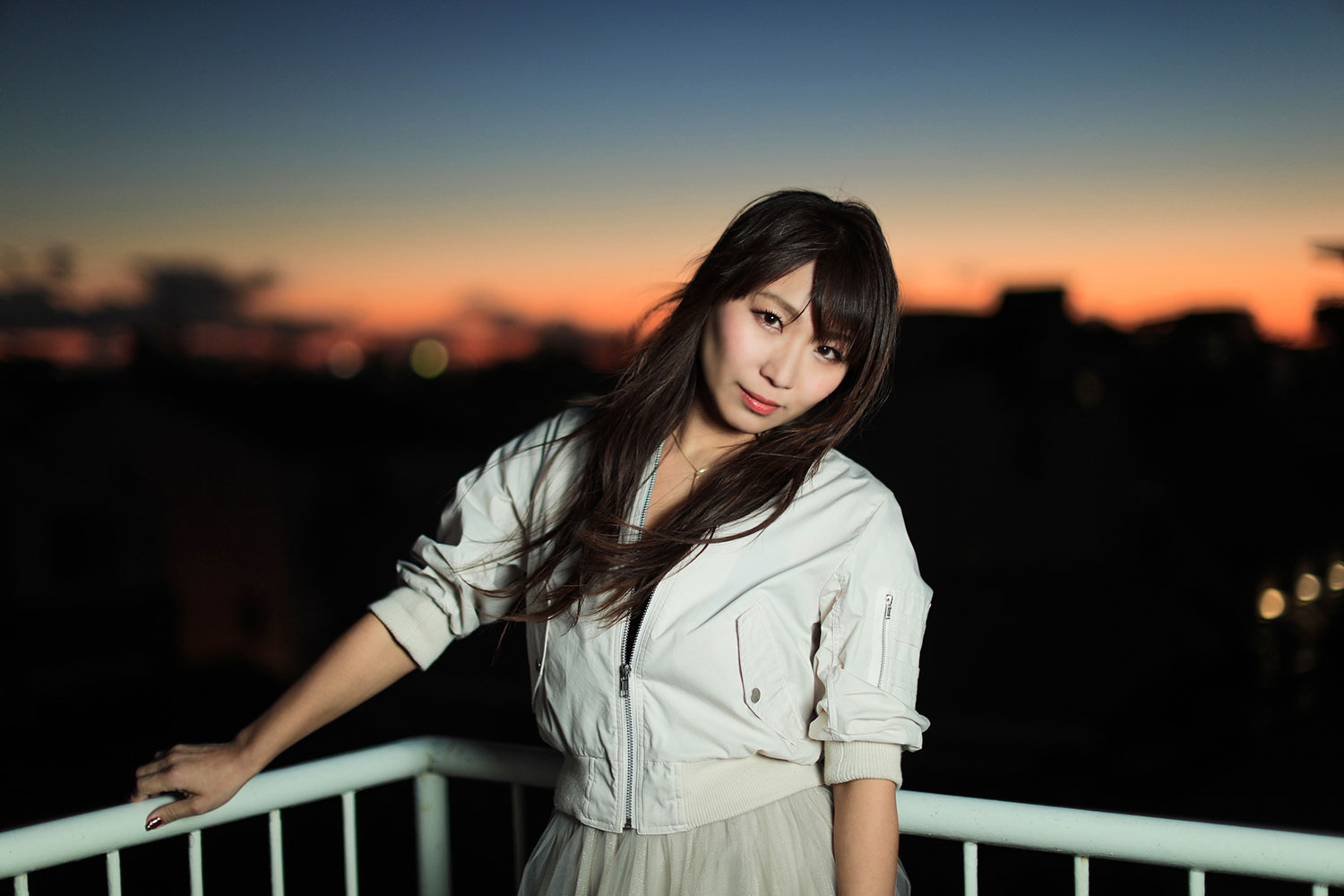 Ayane debuted in 2004 as a song writer when she wrote the lyrics for the theme song to the TV anime "W-Wish".

After that, she was put in charge of the theme songs for popular TV anime such as "Umisho" and "AYAKASHI".

In 2008, she received high acclaim for the theme song of the PC game "11 eyes-Sin, Punishment, and Atonement Girl-" and won the gold medal for theme songs at the “Bishojo Game Awards".

She has lent her robust singing voice to a variety of projects connected to "Steins;Gate" produced by Chikuramaru Shikura, such as "Itsumo konobashode" and "Phenogram."

Her rich and expressive singing voice has become an indispensable asset for both anime and video games.

In 2019, she celebrated the 15th anniversary of her debut with the release of “for Dearest", the theme of the latest entry in her masterwork series “Memories Off.”

In May, her one-man live concert "Ayane 15th Anniversary LIVE ~for Dearest~" at Kichijoji’s CLUB SEATA was held.

In addition, she has become well known for her highly energetic live performances, and has been invited to perform in various locations around the world such as Korea, China, Russia, Chicago, and Hong Kong, not to mention her domestic performances.
Website
YouTube 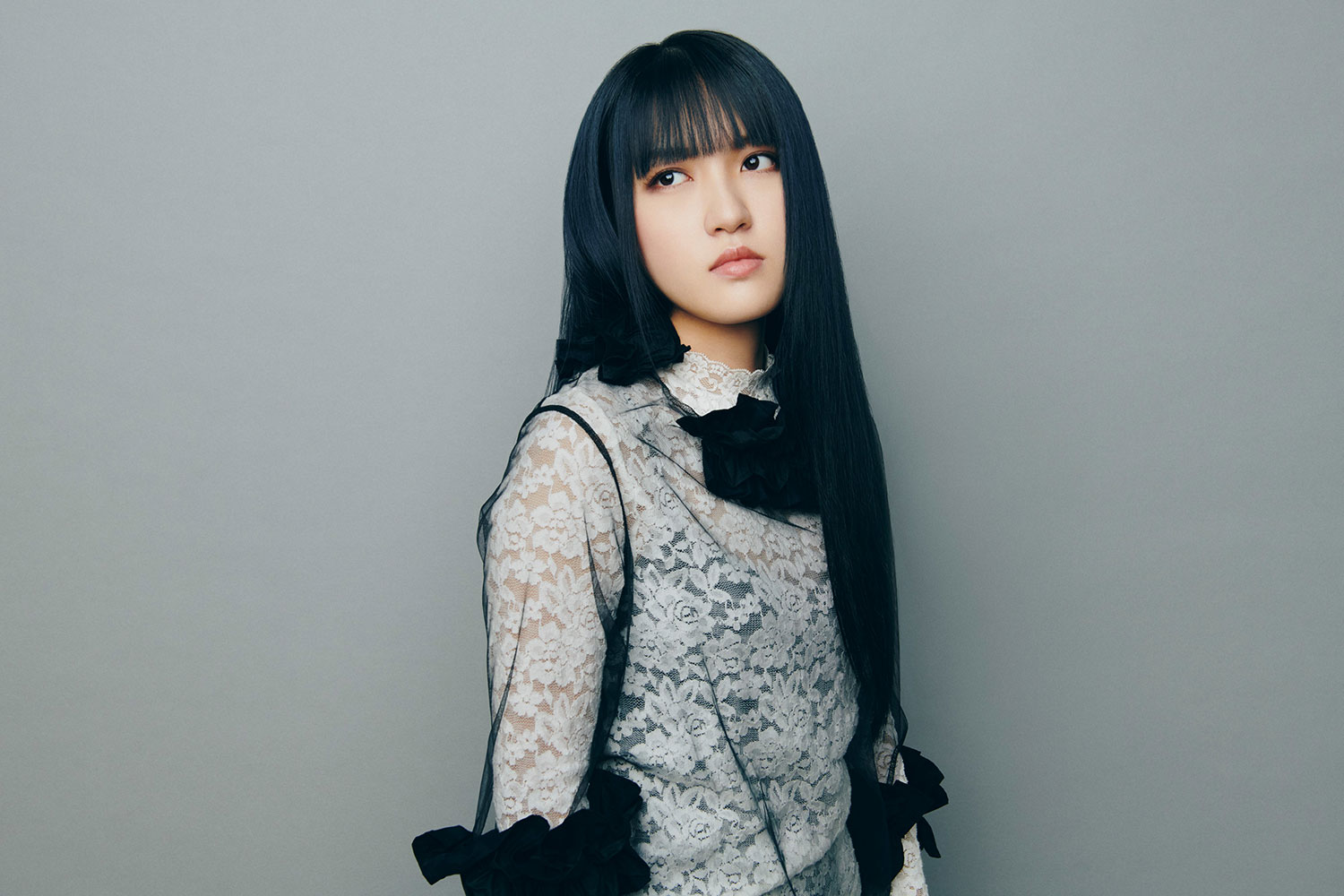 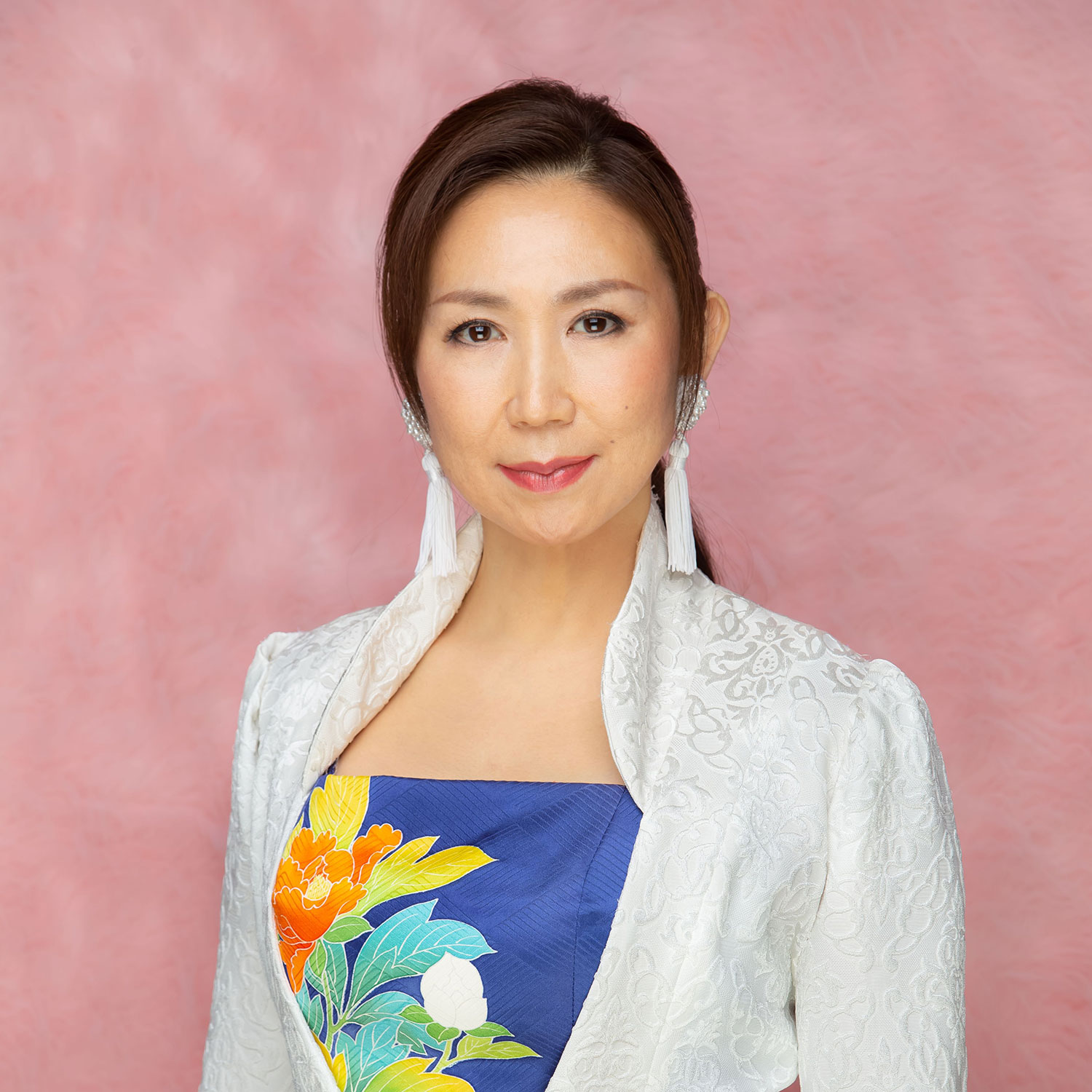 Before her major debut, she had been involved in the concerts of Toshinobu Kubota and Yumi Matsutoya as a back chorus and worked as a studio musician since 1987.

Among her 29 singles, 13 albums, and 8 best albums, her representative songs are "Cruel Angel's Thesis", the theme song of TV anime series "Neon Genesis Evangelion" in 1995 and "Soul's Refrain", the theme song of "Evangelion: Death and Rebirth" theatrically released in 1997.

They have sold a cumulative 1.5 million units physically and exceeded 2 million downloads as of 2019.

The vocal album "EVANGELION FINALLY" released on October 7th, 2020 includes many of her songs familiar with fans along with Evangelion series.
Website
YouTube

ABOUT TIMM
Tokyo International Music Market (TIMM) is the one and only music market in Japan that offers Japanese music a platform for overseas expansion and international exchange in the rapidly changing global music industry.

The main components of TIMM are the Marketplace/Business Matching with overseas buyers, the Business Seminars, which are very popular every year, and the Live Music Showcase offering an opportunity for musicians to appeal directly to overseas buyers.

This year’s 17th TIMM will be held online only.

"Diggin’ Japanese Popular Music" with the guest speakers in L.A., London and Paris

In recent years, Japanese city pop, jazz, and ambient music have become hot topics among music lovers around the world. At this year’s TIMM, London and Tokyo-based DJ, producer, and broadcaster Nick Luscombe invites guest speakers from different cities around the world to explore their passion for Japanese popular music. Nick and the speakers will also recommend their favorite selections, which they will play for you.

Moderator
Nick Luscombe
An experienced BBC radio broadcaster, producer, DJ and music / playlist curator with a varied career with numerous companies including iTunes, Google Play, BBC and the Institute of Contemporary Arts. Also the founder of the music/architecture practice Musicity.