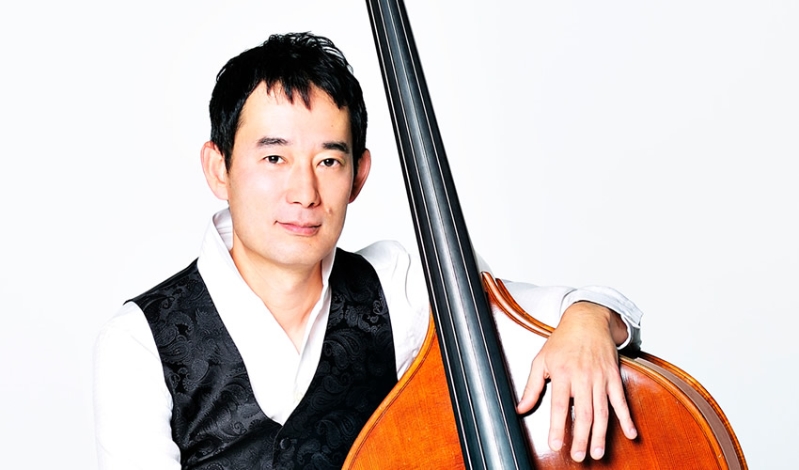 Born in Brazil in 1964. He took up the bass at age 19 and graduated from the Toho Gakuen School of Music. His teachers included Shunsaku Tsutsumi and Gary Karr. Joining the NHK Symphony Orchestra in 1989, he served as its principal bassist from 1994 on. In 2006 he became principal bassist of the New Zealand Symphony Orchestra; since 2014 he has been principal of the Tokyo Metropolitan Symphony Orchestra. Also widely active as a soloist and chamber music performer, he is an audience favorite for his flexible ideas, going beyond the boundaries of classical music, and his dazzling performances. His six solo albums to date have been very well received. While continuing to perform as one of the world's leading bass players, he is also bringing up the next generation as a visiting professor at Kunitachi College of Music and an associate professor at Tokyo University of the Arts.