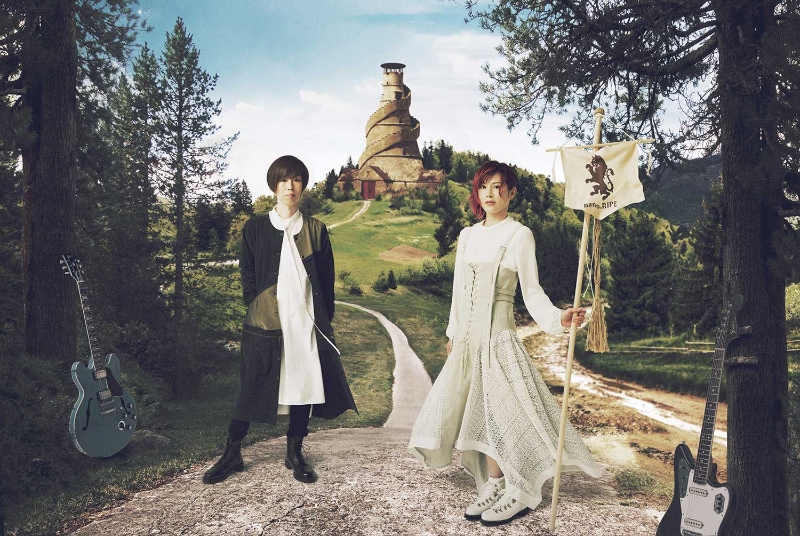 Vocalist/guitarist, Kimiko, and guitarist, Jun Sasaki, were the heart of the previous band that they formed.
They formed nano.RIPE in 2004, and started making waves in their hometown of Chiba and Tokyo.
They released their mini album, "Soratobu Kutsu," in 2008 on an indie label. Masamune Kusano from Spitz gave them an endorsement, and people started talking.
Then after multiple indie releases and live tours with 100 shows per year, this unique guitar rock band, nano.RIPE, has finally made their major debut on Lantis!