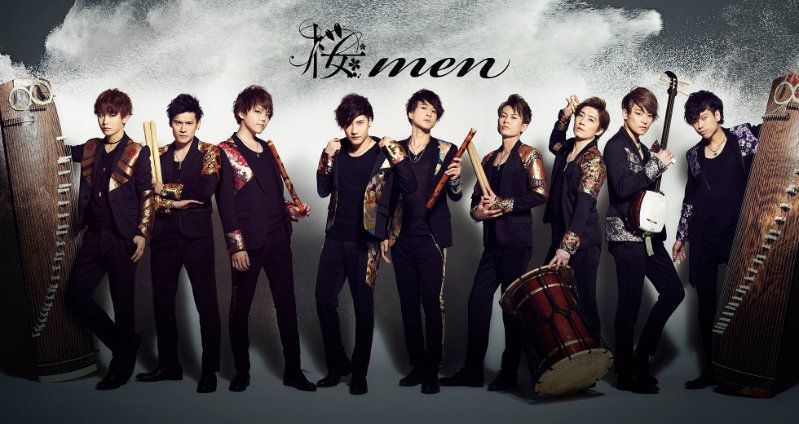 The young and handsome group of Japanese traditional instrumentalists,
who are active in the world of Japanese traditional performing arts, are
determined to spread the traditional arts to the world in a cool, pop-like way.
They are the only two-headed and handsome group of Japanese musical
instrument players who have both looks and ability.
The ability of the instrument in charge is first-rate, and there is a wide range
of prestigious awards and performances with famous artists and appearances
on TV programs.
They have appeared on TV programs, collaborated with famous artists, won
prestigious awards, and are active in a wide range of other activities.
The members consist of world-renowned shakuhachi player and leader of the group,
"Masaki Nakamura", who is also a member of the group, and "Shakuhachi", who is
a member of the group. a member of "Wadaiko Performance Group Mugen", and
Yuichiro Furusato (taiko), Yoshiaki Okawa (koto), a winner of prestigious awards.
Kiyomasa Hanahara and Hidemasa Hanahara (taiko) of "Mugen", and
Koki Sato (shakuhachi), winner of the first prize, and the most experienced composer
of music, plays the "Takashi Honma" seven-stringed and twenty-five-stringed koto.
The group has also won the national Tsugaru Shamisen Competition.In addition to
Taichi Hikita(Tsugaru Shamisen), who has won the national Tsugaru Shamisen
Competition, there is also a popular music who is also a Tsugaru Shamisen player.
The leader of YouTuber "Re:ply", Koyomi is a vocalist with an overwhelming ability to
express herself.A wonderful legacy. The "Koyomi" is the leader of "Re:ply", a vocalist with
overwhelming power of expression.
Sakura Men" is an entertainment group that has gathered to overturn the stereotypes.
Light and deep. On the contrary, it is new. We will deliver the sound of Japanese music
that resonates with the heart not only in Japan but all over the world.