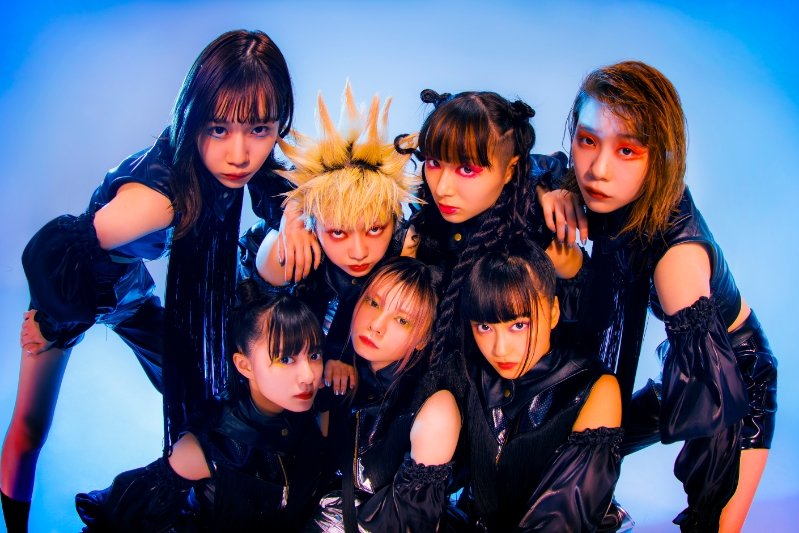 The seven members are Yumeka Nowkana?, Nameless, Mog Ryan, Mog Ryan, Matilder Twins, Wonker Twins, CCCCCC, and Riotown.
In March 2021, they were introduced, fully masked on the last day of the “WACK Joint Audition 2021”.
In May 2021, they released their first album, “ANAL SEX PENiS.” Later on, they went on “ASP’s on FIRE TOUR” as well as the “TOUR STARFUCKERS.” In September, they announced the release of their first single, “the MAN CALLiNG.”
In October, they went on a solo tour titled “MARCH of ROGUES.” At the finale in Tokyo’s LIQUIDROOM, they announced the addition of the twins to the group, Matilder Twins and Wonker Twins.
In January 2022, their second album, “PLACEBO” was released. In February, they held their first Zepp (DiverCity) solo concert, “ANTi SOCiAL PAiNS.”
In April, they released their second single, “BOLLOCKS.”
From May, they became a seven-member group with CCCCCC and Riotown, the new members who have passed the “WACK Joint Audition 2022,” and began ASP’s biggest tour to date, “ACOUSTiC SAD ORCHESTRA TOUR.”