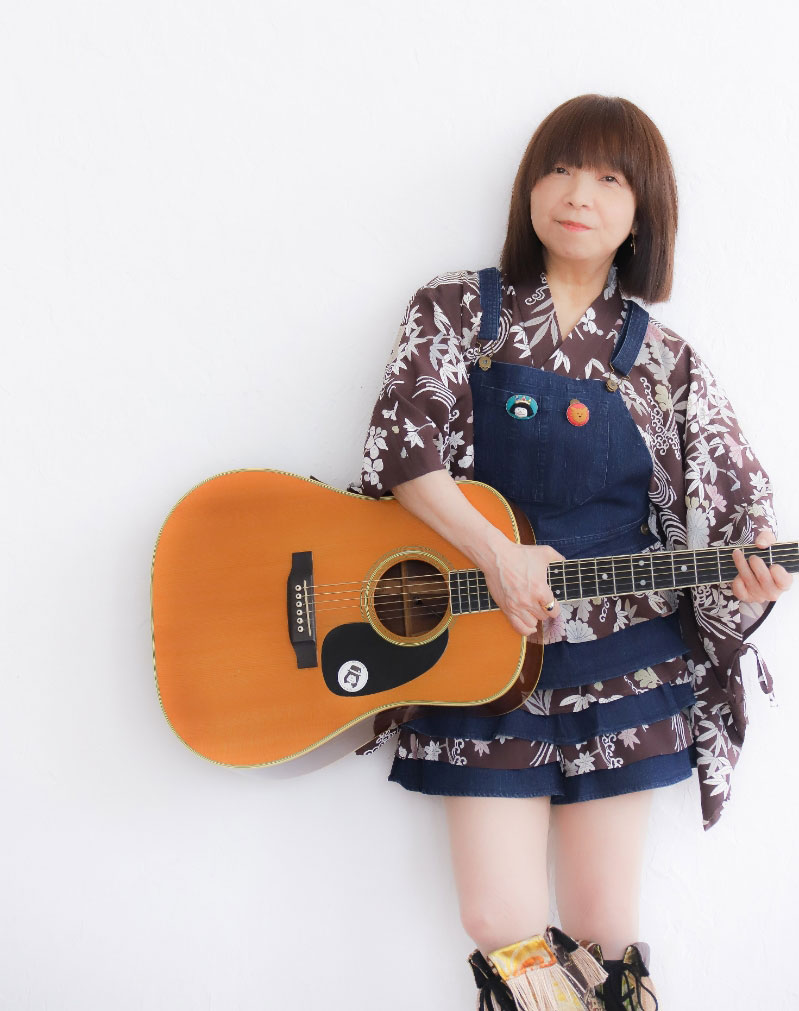 Born in Tokyo. She formed a folk group while studying at Joshi university of Art and Design, made her solo debut in 1974 after working for Shrieks.

In 1975, "Nagoriyuki" became a big hit and established herself as a singer. In 1980, she became the first female singer-songwriter to perform at Nippon Budokan.

2021 is her 50th anniversary year but still actively touring around Japan. This is the 30th year of radio personality for Nippon Broadcasting Corporation's "Iruka Music Harmony." Since 2004, she has been appointed to the first ambassador of the IUCN International Union for Conservation of Nature. She writes picture books and essays and is a visiting professor at Joshi university of art and design. Since 2012, she has been working on kimono design, hand-drawing, and dyeing under the theme of "the environment and traditional products are closely connected!" and "biodiversity". Iruka, who is also a mother, continues to convey the message to many people across generations through these works and activities, "We are all cell comrades living in this great creature of the earth".