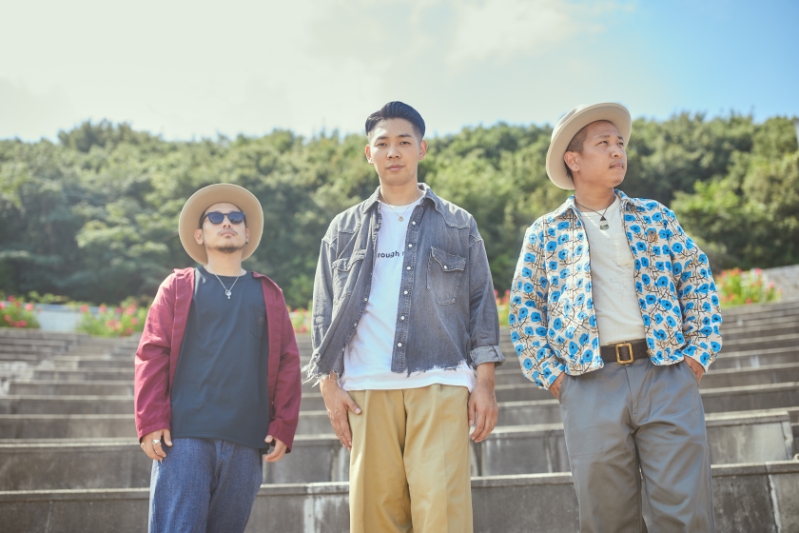 Vocal trio of “Rover”, “MOCA” and “HiDEX” was formed in November 2013. Made a major debut in March 2016 with “Arigato~Tabidachi no Koe”. Group established a private major label “TEPPAN MUSIC” in 2020.

The straightforward lyrics that cheer anyone who works have gained sympathy not only from athletes but also from the family who struggle with housework and students who work hard at school and club activities.

In January 2019, a solo live performance at Osaka Castle Hall, which had been a goal since their early ages, a live broadcast without crowds at Hanshin Koshien Stadium to support young baseball players in July 2020, and a social distanced drive-in live in November of the same year was held at The Plaza in the Sky, Maishima, Osaka.

It brought in a total of 1,000 cars in two days. "Aikata" recorded in the album "TEPPAN" released in October 2020 has 6 million MV views on YouTube!